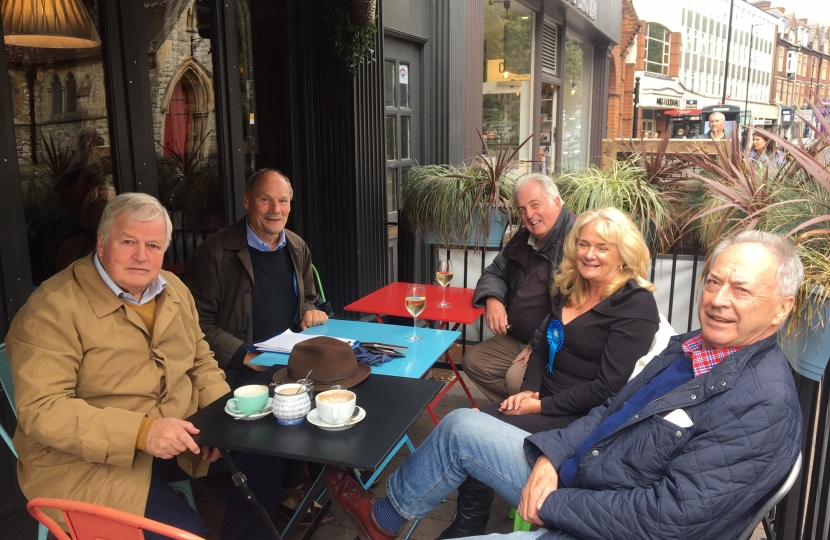 At last we have some movement on a deal with the European Union. Boris Johnson's recently revealed plan suggests a way around the so-called Backstop which effectively would keep Northern Ireland in the European Union and thus separated it from the rest of the UK. For me the Backstop as suggested by Mrs May's draft deal with Backstop provisions was a major problem. But now, with the Prime Minister's proposed amendments, I am much happier. I can certainly vote for it.

Under the proposals Northern Ireland, like England, Scotland and Wales, would not be in the Customs Union but it would remain in the Single Market at least until a free trade agreement was negotiated between the UK and EU.

To be honest the difference between a Customs Union and Free Market seems one of semantics but it isn't. The Customs Union abolishes tariffs and quotas between member nations in order to encourage free movement of goods and services. But it places a Common External Tariff (CET) on imports from non-members countries. The Single Market removes any internal borders or other regulatory obstacles to the free movement of goods and services within the EU area.

In short, under the Boris Plan, there would be no hard border between Northern Ireland and the Republic. Goods could move backwards and forwards without stopping (Single Market) but tariffs would still have to be paid for those goods if it be required (Customs Union). Checks involving systems like pre-registration, trusted trader and the occasional physical inspection of vehicles away from the border would be introduced. Normally at other external EU borders about one in a hundred vehicles are actually stopped. There would also have to be some form of checks on goods between the England, Scotland and Wales and Northern Ireland (and vice versa). That is a shame but almost inevitable.

It may seem pernickety but Boris's Plan looks to me to be workable and thus a sensible solution to the major stumbling block to agreement. True the Plan is not ideal but it is a pragmatic way forward and it would be introduced within the 2 years of an implementation period. So what are its chances of getting parliamentary approval?

Politically I gather from Democratic Unionist Party (DUP) colleagues that are prepared to accept it. The hard-line Conservative European Reform Group (ERG) are also indicating they might agree it too. I suspect the 21 Conservative MPs who lost the whip recently may go for it as well. After all they all agreed Mrs May's deal in the past. There are also real possibilities that the 20 plus Labour MPs from predominantly BREXIT seats, mainly in the north of England, will sign up to it as well. Others might simply abstain. Thus there is now a reasonable chance of this latest BREXIT plan passing the Commons. At last. Hurrah!

I have always wanted a deal to be achieved and it now looks within our grasp. Of course, the Irish Government and the EU itself will need to sanction it as well. But I think they will in the end. After all the EU most certainly wants a deal rather than no deal. In my opinion a No Deal situation would hurt them more than us. I really believe we will be leaving the European Union on 31 October and we politicians can get back to other very important matters to do with making our society and way of life even better. Bring that on too! Like everyone else I am heartily sick of the word BREXIT and want it delivered soonest.

The attached photograph shows the Kelsey & Eden Park and Copers Cope teams with me at Deli Nene in Beckenham after running a street stall, today, Saturday 5 October.