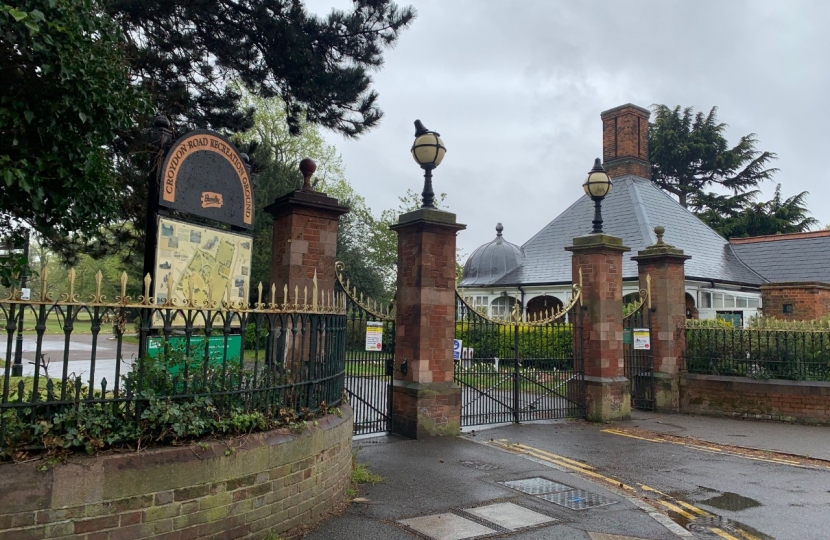 I gather that on the afternoon of Friday 30 April two incidents took place. The first seems to have been in at the bottom of Whitmore Road and in the area of Croydon Road Recreation Ground (pictured) when an 11 year old boy was approached by a man who had emerged from a black transit van and who suggested a lift. He was chased into the Recreation Ground. The second took place a little later in Kelsey Park when an 8 year old boy was approached. Thankfully both boys evaded the person or persons trying to get hold of them.

The third incident occurred when a local school boy reported to his teachers that he had been followed home on Thursday 6 May but, again thankfully, no ill befell the child.

The fourth incident happened on Friday 7 May when two men apparently tried to abduct a little girl in The Glades, Bromley. They failed again, mercifully.

Four such incidents in such a short space of time is exceedingly unusual and worrying. Obviously I take this matter very seriously indeed.

I have spoken to Superintendent Andy Brittain of the Metropolitan Police based in Bromley about these events and expressed my alarm at these appalling events. Of course, he agreed and he also accepted that the Police had been a bit slow to react - to the first incident at least (they had already stated this in a press release). That is now corrected I gather.

To start with I know this matter is at the very top of the local policing agenda. A Detective Inspector is heading the investigation into the incidents and is in contact with the families involved. Ground investigations are in process. To my personal knowledge I also know that the police are checking all video cameras positioned anywhere near where the incidents took place (I’ve checked with shop owners). Extra police officers are also being deployed where children gather. That’s all good news.

I realise too that schools are warning their pupils about the dangers and indeed, I too, have received a letter about it from my child’s school.

However, the police cannot be everywhere and it is up to all of us to be vigilant and take action ourselves if we are worried that something seems amiss. I gather that, in at least the case of one of these four incidents, a child was protected and able to get away because of such action by others. Really well done those two people who, I gather, might have been quite young.

As the police have asked, anyone with information should contact them on 101 or Tweet @MetCC or, in an emergency, dial 999. All of us must be actively involved in identifying who these loathsome potential abductors are and getting them arrested.

Ensuring our borders remain safe and secure is a prime duty of any government. So, with that incontrovertible fact in mind, I have become increasingly concerned in recent months at the sheer number of migrants reported to be entering our country illegally by boat from across the English Channel.