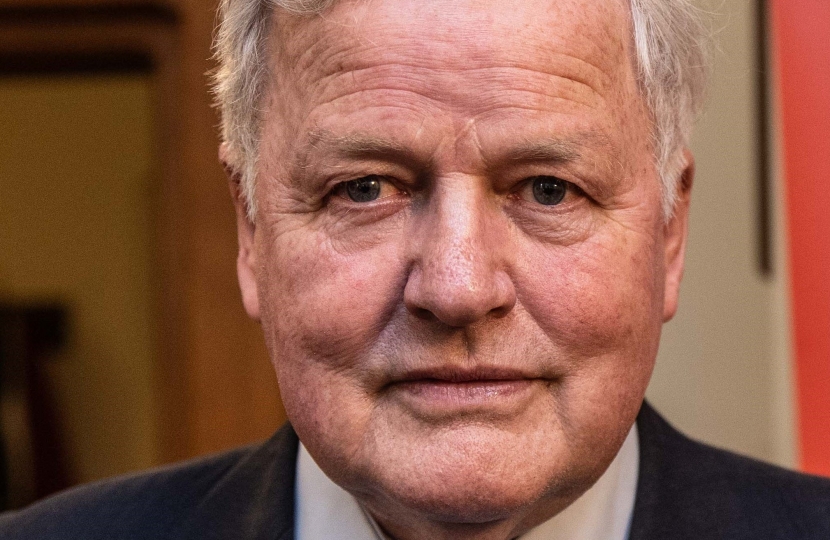 Mrs May has been and returned from the EU Council in Brussels on 21 March.  She came back with no perceivable changes to her proposed withdrawal agreement but an agreement to extend the Article 50 implementation period to 12 April in the event of her agreement not being agreed by Parliament and an extension to 23 May if it is accepted – apparently to synchronise laws better.  The Prime Minister has announced too that the Government will change the law to formalise these extensions before 29 March.

Having promised repeatedly that the UK would be leaving the EU on 29 March this is indeed humiliation from our Prime Minister and, I’m afraid, largely of her own making because of the way the whole negotiation process has been conducted by herself and her Government.

I really do not see why the EU could not agree to an open border in Ireland (it can be done) or indeed an end date to our formal connection to the European Union.  Both these measures were and are perfectly doable, as I have argued previously.  But that is water under the bridge and blame will follow but right now we have the more serious matter of what to do in the immediate future.

Many constituents write to me saying they represent the majority opinion but in reality they normally mean their own opinion. By way of reply I cite the many who disagree with them.  Some suggest, often with some malice, that their vote for me at the next election depends on me agreeing with their position  Their vote is their choice but I hope those that read this think better of me than that.   I would be somewhat gutless and ashamed of myself if I was swayed by such threats rather than in what I believe to be in the best interests of the country and then constituents.  I am anyway a representative and not a delegate.

The main choices seem down to accepting Mrs May’s deal and being a member of the EU until 23 May or not accepting her deal and breaking clean of the EU on 12 April without a deal.

Let me be clear I would like a deal struck but I am loathe to accept one which effectively puts us into no-man’s land between membership of the EU and outside it.  Mrs May’s option keeps us bound to and paying for the EU but without influence in its decisions for as long as the other 27 members want to keep us.  Those who back the deal tell me that this is over-reaction but I remain to be convinced of that.

MPs, by a large majority but not including me, have indicated that a no-deal situation is unacceptable but that goes directly against the Referendum result which plainly suggested by 4 per cent of voters that we should simply leave – without qualification.

Yet, as I understand it, Parliament would still have to signal approval to leave the EU without a deal -regardless of the Referendum result – and we have a strongly ‘remainer’ House of Commons.

At the moment I am being battered by differing messages from constituents.    There are some people, quite a few too, who argue that we should leave with Mrs May’s deal. They think we have got the best bargain we can from the EU and we should simply get on with it.  Then there are many others too who say we should reject Mrs May’s deal absolutely.  Those that advocate this actually want this mainly for two very different reasons.  First, a large number of them simply want to bin Mrs May’s deal and then get out of the EU as soon as possible without a deal. Second, others want to block Mrs May’s deal and procrastinate in order to gain time to reverse the Referendum result and stay in the EU. They often advocate a second referendum too; in the hope that it would reverse the verdict of the first.

I suggest that another referendum (rejected convincingly by Parliament recently too) would solve nothing at all.  Diverse opinions would simply be shown as  voting statistics up and down the country and the result would certainly not put the matter to bed.  Interestingly there is also increasing evidence (from polling) that more people than ever want us to leave without a deal; they just want it done.  Most certainly about 85 per cent of Conservative Party members up and down the country feel we should leave immediately without a deal.

Right now I too want us to leave the EU as soon as possible so that we can get on with fixing a post-BREXIT world for the UK.  I have always said I tend to favour breaking clean and using World Trade Organisation rules as a basis for future international trade relationships.  I gather that preparations are well in hand in my home county of Kent, at Dover, for customs checks to be adapted in a no-deal situation.  The Government has also spent over £4 billion in making preparations for leaving the EU.   The World would not end as some people seem to suggest!

But, if I read Parliament correctly, it will do all in its power to destroy such a decision because the majority of MPs, against the will expressed in the Referendum, do not want to leave the EU.  Many of them will do anything to avoid that and over the next few sessions we will see parliamentary votes being used to thwart it.

In addition, there is a school of thought – certainly expressed by loyal Government ministers – suggesting that, if we wish to leave the EU, the only way to do so is on Mrs May’s terms.  I can see the logic of that at the moment, yet I am very worried to vote for a deal that places our great country neither in nor out of the EU.

There are other options but clearly the two most likely ones are to leave with no deal (the so-called default position) or leave on Mrs May’s terms.  I dislike Mrs May’s deal but wonder whether rejecting it could result in no BREXIT whatsoever.  She says that but she would say so wouldn’t she?  But she has a point.  It may be a gamble to reject her deal.

In truth over the next few weeks I will be one of 650 people who are influential in what happens next and don’t I know it!  I certainly feel that responsibility on my shoulders. We live in interesting times but I pray we get this matter of leaving the EU right.  As things stand I remain against Mrs May’s deal and the default position of breaking clean with no-deal could be the only ‘deal’ left on the table. If so then so be it.