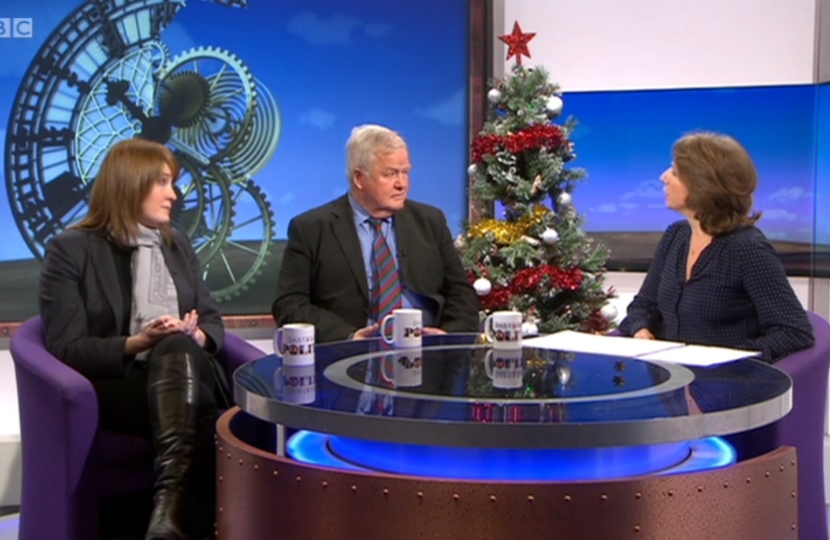 On Sunday 17 December Bob Stewart was a guest on the London Edition of BBC 1's Sunday Politics Programme.  He appeared alongside Labour's Croydon Central  MP, Sarah Jones and they were interviewed by Jo Coburn.

Three main subjects were covered; housing for Grenfell Tower survivors, helping refugees settle in London and the proposed new skyscraper in Croydon that could be the second highest building in London.  Bob stressed that everyone wanted the Grenfell Tower survivors to be re-housed as soon as possible but it was far more difficult than it seemed on first sight because there simply wasn't spare local housing close by or indeed many other parts of London.  In a related way it was also very difficult to position refugees in the Capital too; all councils have bulging waiting lists of people who have been waiting to be rehoused, sometimes for many years.  With regard to the proposed skyscraper in Croydon Bob felt that those who lived near it should decide whether they wanted to live in its shadow.  He felt it was not really a decision for him or people who live in the Beckenham constituency.