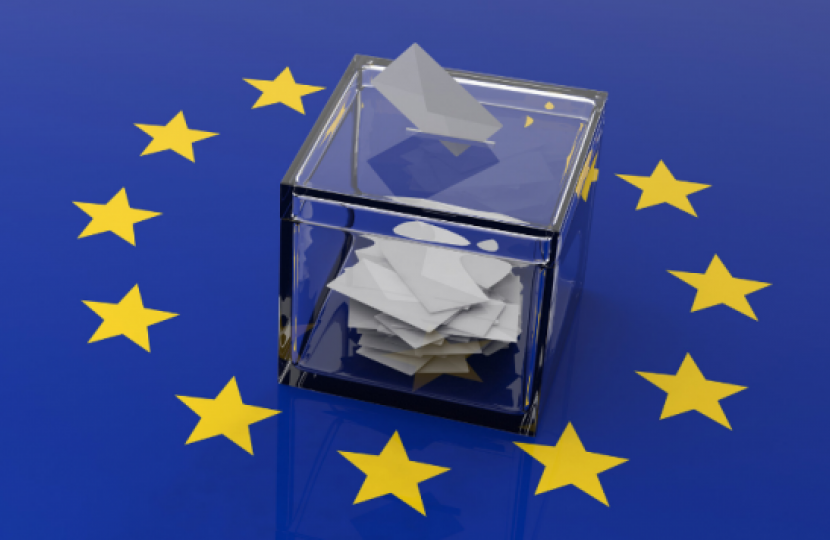 We have been negotiating our departure from the European Union for over 2 years and I am aghast that we have extended that period by up to another 6 months. Parliament has now decided conclusively (without my vote though) that we cannot leave without a deal. Indeed Government departments have apparently been ordered to stop preparations for it too. I think that decision was a gross mistake but I can do nothing about it now.

Furthermore if we have not agreed a deal by 22 May we are bound to take part in European Union elections the next day which could well be pointless. I have to say that I find the idea of campaigning for European elections to be an appalling thought.

Nonetheless instructions have been sent out to prospective (Conservative) European Union candidates that they should return the CVs to Conservative Campaign Headquarters by 24 April. The Government’s clear intention is to avoid such a national poll because it has also declared that if a deal with the European Union is struck even up to the day before that election, UK candidates would not take part.

Yet in anticipation of such a failure election preparations must go ahead, candidates must register and invest (largely their own) monies in putting together things like election pamphlets. Apparently such an election would cost the taxpayer about £100 million too. There is little enthusiasm in either the constituency or indeed amongst local Conservative supporters for such a campaign. What a hellish mess!

Some may not agree with me but I voted for the third incarnation of Mrs May’s withdrawal plan on 29 March; with very little enthusiasm and simply to get a decision so we could get on with leaving the European Union all be it imperfectly. To avoid the stalemate we seem to be in at the moment I held my nose, compromised my principles and voted that way to get a decision for the country. If Mrs May’s deal had been passed then we would have had a clear way ahead and European Elections on 23 May would definitely not take place. I still hope they will not but that means the House of Commons finding a majority agreement. But I am greatly saddened, indeed ashamed as an MP that it has not done so thus far.

I pray that in the next few weeks Parliament can sort itself out and get a decent way ahead for the country, Beckenham and indeed the very idea of democratic politics. Getting this right for the United Kingdom has to happen and I’m sure we will in the end. For my part I pledge to do all I can to achieve that.