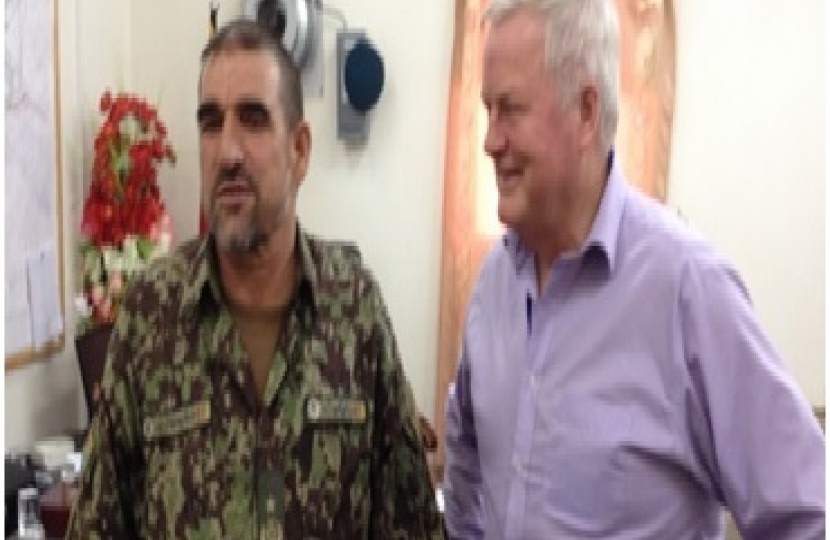 Bob Stewart MP has met with local commanders in Afghanistan this week whilst on an official House of Commons Defence Select Committee trip to visit serving British troops.

Bob met with Brigadier Mohammed Nasim, the Afghan Commander of 3/215 Brigade. He has taken command of what used to be the British responsibilities in Helmand Province.

Brigadier Nasim has over 30 years combat experience which includes combat within a Mujahedeen unit against Soviet forces and as a Northern Alliance Commander against the Taliban. Bob said:  “I was hugely impressed by this incredibly experienced and obviously very brave officer.”

Bob was also able to meet with officers and men from his old army regiment.  3rd Battalion the Mercian Regiment are based in Camp Bastian tasked with responsibility for training and mentoring the Afghan National Army.

Bob said: “I was really proud to see the regiment I was a member of playing such a vital role in Afghanistan. The country’s future stability will depend upon these local forces when the British leave in 2014."