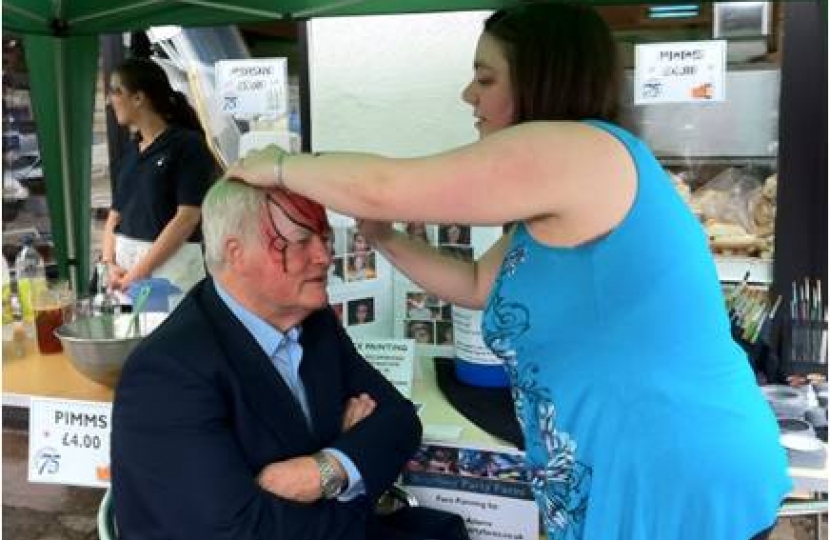 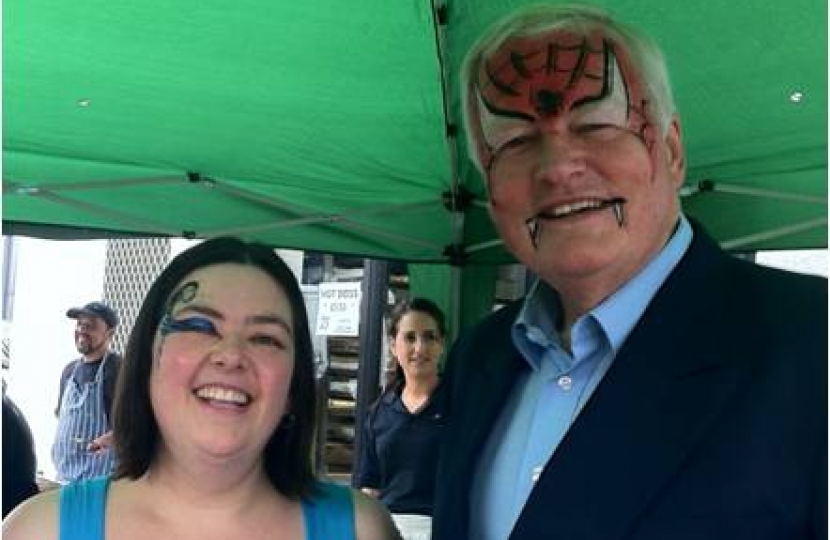 Kirsty Adams of Bromley Party Faces, who was raising money for St Christopher’s Hospice, recently converted Bob into ‘Spiderman’ for charity.  She was helping a stall collecting money for St Christopher’s at the Chinese Garage in Beckenham.  Bob promised to remain in disguise for the rest of the day.  He said that he regretted his make-up wouldn’t last until he next went into the Chamber of the House of Commons as it would undoubtedly allow him to ‘catch the Speaker’s eye’ when he wanted to speak!