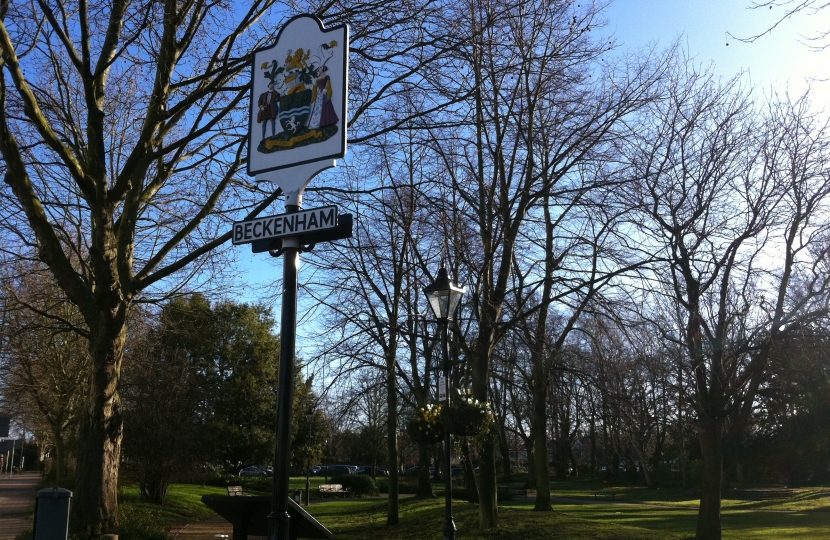 Beckenham is an Outer London Constituency located within the London Borough of Bromley in Kent.  It consists of six Bromley Council wards: Bromley Common and Keston, Copers Cope, Hayes and Coney Hall, Kelsey and Eden Park, Shortlands and West Wickham.

Since its foundation in 1950 the Beckenham Constituency has returned Conservative Members of Parliament.  The Constituency was first represented by Patrick Buchan-Hepburn; created Lord Hailes in 1957.  Between 1957 and 1992 the long-serving MP for Beckenham was Sir Philip Goodhart, who is well known for his book on the workings of the Conservative MPs' 1922 Committee. When Sir Philip Goodhart retired after 35 years he was replaced by Piers Merchant.  Then in 1997, after a  by-election, Ms Jacqui Lait became Beckenham's MP for the next 13 years.  With the retirement of Jacqui Lait in May 2010, Colonel Bob Stewart was elected for the Beckenham Constituency.