Making a minimum 2% of GNP a requirement of Government 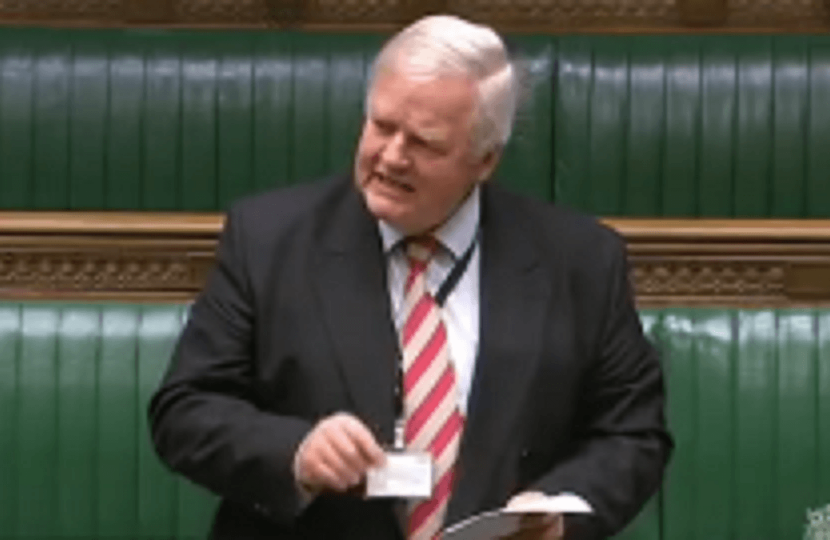 On Friday 23rd October Bob Stewart spoke in the Chamber of the House of Commons about the need to enshrine in law that a minimum of 2 per cent of GNP should be spent on the Defence Budget.  This is what he said.

Since 2008, the UK has reduced its defence spending by over 9%. We are not alone: Germany has reduced her defence spending over the same period by over 4% and Italy by a whopping 21%. That reduction has made the contribution made to NATO by the United States even more cock-eyed than it was before. From 1995 to 1999, European NATO allies spent about 2% of GNP on defence, but now that average is down to 1.5%. That was at a time when US defence spending had increased from about 3.1% to 3.4% today. In 1995, US defence spending made up 59% of the NATO budget, and today it is expected to be over 70%. Since the formation of NATO in 1949, the United States has always dominated NATO spending, and European members of the alliance have never really paid their fair share of its costs.

Although the United States spends 3.4% of its GNP on defence, we Europeans prefer to use our money for softer priorities. Europeans effectively put far more of their resources into social rather than military security. There are 0.9 billion people living in all NATO countries and just over 300 million of them are US citizens. Yet each American pays $1,900 a year for his or her defence, while no other NATO member, including ourselves, comes anywhere near that.

Let me give the House some examples from the figures I have got—mainly from the Stockholm International Peace Research Institute—of how much some of the newer members of the north Atlantic alliance are contributing to their collective defence as new NATO members. I will do so based on what each person in their population might be expected to contribute. Each Albanian contributes $42 a year. A Bulgarian gives $116 a year. Croats provide $204 and Czechs pay $189. Estonians supply more—$392. Hungarians also devote $392 and Latvians $150. Romanians pay $118, Slovakians $180 and Slovenians $233 for their defence. Joining NATO was clearly a cheap way to buy military security for many European countries, many of which are deeply worried about Russian intentions close to their borders, although they hardly show that by way of their defence budgets.

Many countries are clearly deeply worried about Russian intentions close to their borders. No wonder NATO membership is so attractive now. It is a great deal. For those countries, the NATO guarantee is cheap security and insurance. Far too many of the new members of NATO have simply got to pay more. Only Estonia, France, Greece, Poland, Turkey and the UK will come near the NATO minimum target of 2% in 2015. Some NATO members will spend far less than that. According to the IMF, some—such as Albania, Belgium, Canada, the Czech Republic, Hungary, Iceland, Lithuania, Luxembourg, Slovenia, Slovakia and Spain—spent 1% or less of their GNP on defence last year.

I am sorry for spending so much of my speech on statistics, but I hope that I have made the point about the huge importance of NATO’s minimum target of 2%. Achieving it and keeping above it shows commitment, and is also a symbolic gesture of genuine support for the alliance.

Why should each American citizen forfeit his or her right to spend so much more on social programmes, as Europeans do? That is unfair. We are now committed to spending 0.7% of gross national income on overseas aid—well over one third of the defence budget. I have heard rumours—admittedly, they may well be fallacious—that in late March, British officials were running around places such as Geneva throwing money at aid organisations to reach that target.

It was our Prime Minister who convinced fellow NATO members to commit to a target of 2% of GNP at last year’s NATO summit. He was absolutely right. We have now committed ourselves to keeping to that figure, at least for the immediate future. Personally, particularly in the current very dangerous international climate, I would prefer us to spend far more than that on defence. Everyone in this House knows our first and primary duty as Members of Parliament: the defence of our country.

It is my view that there should be no ring-fencing whatsoever.  Governments should govern and decide what is right. What is right for defence is probably more than we are paying at the moment. The fact is that we have ring-fenced other departments and international aid, but we have not ring-fenced the first duty of government. That is why the 2% minimum target is so important.   That is a good way to end, actually. I will shut up and sit down.