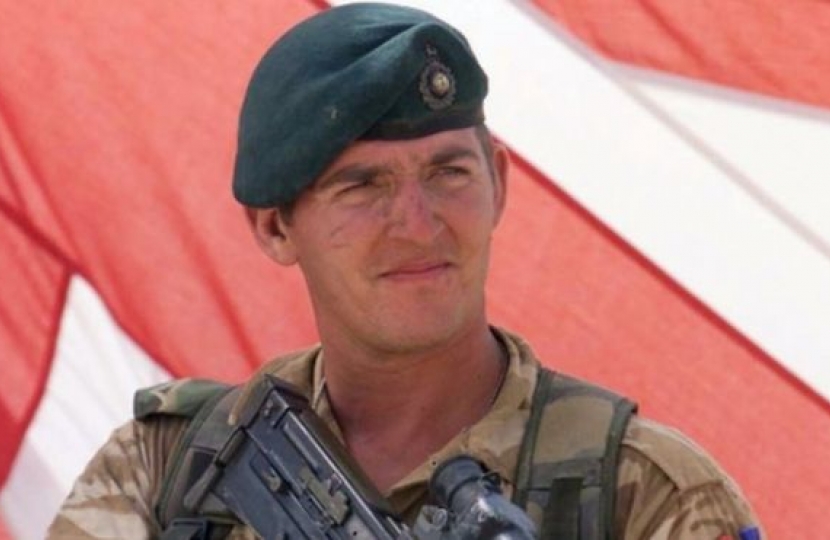 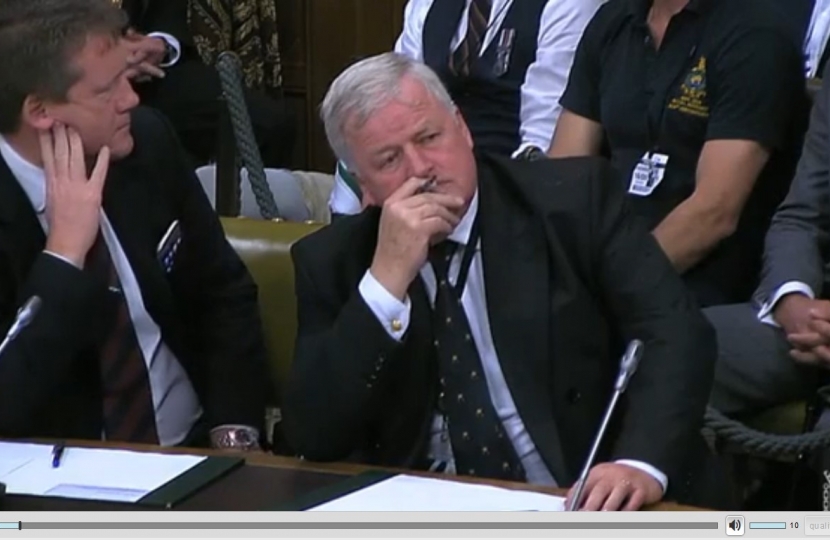 On Wednesday 16th September I took part in a parliamentary debate about the case of Marine A (Sergeant Alexander Blackman Royal Marines) who was convicted of murder in Afghanistan and is now serving 8 years in prison.

Some have argued that he shouldn't be in prison at all because he was in battle and under great pressure at the time.  I can understand that viewpoint but must slightly disagree.  We have disciplined, professional and law abiding armed forces or we become like them (Taleban in this instance) and we lose moral and international authority as well as respect.

Many a time when I was serving in northern Ireland and in bosnia I felt we were we were fighting with our hands tied against peolle who had no such restrictions or inhibitions.  At the time I resented restrictions placed on us when fighting people who wanted to kill us but actually (even then)  I realised and understood why they had to be there - irritating as they were.

In my view Alexander Blackman should have his case re-examined by the court martial authorities because the only option given to the court was 'murder' and nothing less such as ',manslaughter'.  It may be his legal defence team failed him and possibly the Judge Advocate General too for not advising the General Court Martial President that the court should have considered more than one option in its verdict.  If, for instance, Alexander Blackman's charge is reduced to that of 'manslaughter' rather than 'murder' his sentence can be reduced substantially. Obviously I want that to happen by another appeal.

To that end this is one part of what I said in the debate in Parliament:

"Forgive me, but I think the law is clear. Servicemen and women have a duty and a right to kill the enemy, until that enemy comes under their control—de facto, a prisoner. Once the enemy is under (their) control, they have a responsibility to care for that person. In this case, clearly, Marine A did wrong by killing, or assuming he was killing, someone. That is against the law of armed conflict and the Geneva Conventions. It is quite clear.   What seems to be wrong, having listened very carefully to my hon. Friends and colleagues explain, is that the defence did not defend properly and the judge advocate general in a court martial did not give options to the board. They gave one option: murder.  That was one just option; manslaughter was another, and at the very least should be considered by the military authorities.  That should be done with a new legal team, which has a responsibility to go straight back to the military authorities and say, “This is wrong. Sort it, please.”

Alexander Blackman was guilty of killing a prisoner.  That he accepts and I gather he is deeply sorry he lost control at the time.  Perhaps some, having been in similiar situations, who read these words will understand something of the pressure he was under.  I hope very much though that his case can be revisited quickly and fervently pray that a lesser charge than murder is possible as it will substantially reduce his time in prison.

After the debate I spoke to Alexander Blackman's new Defence Counsel (Mr Jonathan Goldberg QC) who told me that he felt the debate will have greatly helped put pressure on the military authorities to review the case anew.  I am glad he told me he completely agreed with my views and line of argument.

We must uphold the law but sometimes its interpretation can be administered wrongly.  Let us all hope that Alexander Blackman, a good man who lost control for a moment, can rejoin his family as soon as possible.