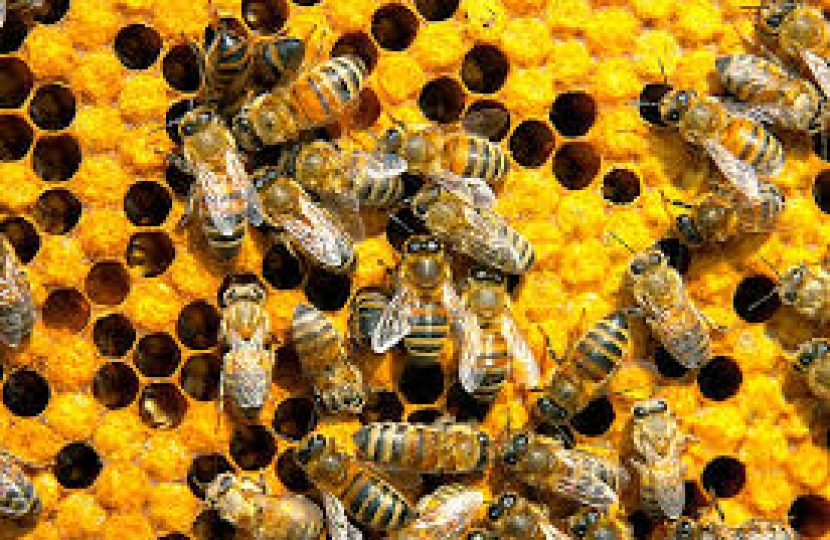 Obviously bees and other pollinators play a vital role in the security of our food supply and the quality of our natural environment. I welcome the work the Government has done over the last few years to understand and protect them, most recently through the National Pollinator Strategy.  I gather that the Government is keeping evidence on neonicotinoid insecticides and bees under close scrutiny and will restrict their usage if the evidence shows the need.

However, like a number of other EU governments it does not consider that the scientific evidence supports the recent Europe-wide restrictions.  The Government’s current assessment suggests that, while we cannot exclude the possibility of neonicotinoids affecting bees in the field, this not normally likely to occur and so it believes the risk to bee populations is low.

The European Commission has given an assurance that further field research can be done, and this is welcome because, as everyone interested in this issue has acknowledged, the evidence is incomplete.  The Government is therefore leading further work to clarify this issue.

As we are an island and only a few bees are likely to make it across the waters that divide the United Kingdom from the Continent we could well check out whether neonicotinoid insecticides are harmful.  If we banned or at least severely reduced the use of neonicotinoid insecticides and our bee population grew there must be some form of link.  I would be in favour of that – whatever the European Union said.

So, based on my feeling that bees are so important to mankind and we must take no risks with their welfare, right now I am likely to support a ban or at least a severe reduction in the use of neonicotinoid insecticides. Barring receiving clear evidence to the contrary – which may occur of course - I would thus vote that way in the House of Commons should the matter arise.